Original oils vs newer oils of the automatic transmission

It can be said without exaggeration that there are hundreds of different certificates/codes from oil manufacturers. Even car repair workshops and spare part sellers go over there, not to mention ordinary users.

Of course, a sure choice is always to use a car manufacturer’s original oils. This means that the transmission gets the ATF that has met its requirements at least when designing the transmission. But there are two important factors – time and price.

Often car manufacturers have not updated their own oil standards. Designed in the early 90s, the car manufacturer still offers a poor product made using a very old recipe. At the same time, the transmission manufacturer has updated his own oil recipes and has acknowledged the old ones invalid.

A good example is BMW, which uses, among other things, GM transmissions made in France. In some types of boxes, BMW still uses the oil of the Dexron II old school Texaco ETL 7045E (BMW Product Code 83 22 0 403 248). Conversely, the GM manufacturer claims that the Dexron II norm has expired and that the newer Dexron VI oil can be used retroactively.

This means that you can buy in 2017 a new 1996-year oil, even though the transmission manufacturer has made the last update in 2006 and has invalidated the old one.

BMW also has this oil range available (BMW product code 83 22 0 432 807), which is designed for newer 6-speed GM automatic transmissions, but unfortunately you are not offered it (unless you ask for it yourself).

Similar examples can also be found in the Audi/VW and Mercedes spare parts catalogs. Certainly, it is not bad to use an old type of oil, but the transmission manufacturer has already provided newer lubricants with significantly higher temperature resistance and lubrication.

As a hint, it can be said that the main causes of the aging of the transmission oil are the high temperature and the resulting processes, i.e. the oil produced by the newer recipe is working much longer.

In the case of the original product, it is fairly certain that the customer will pay 3-10 times more than the fair price for the oil. What is a fair price and where to find it? If it is known who supplies the oil to the car manufacturer or which is the exact recipe for the oil, the original product or equivalent replacement product can be purchased directly from the oil producer and of course at a much cheaper price.

Here, of course, caution should be taken, because the marketing departments of the lubricant manufacturers are very capable of manipulating the truth. Its own packaging is intended to be in compliance with a wide range of certifications, but a slightly softer word ‘recommended’ is used. It is a basic rule that the longer the list of certificates is on the package, the more careful you should be.

One particularly extreme example of price. This is a ZF geared oil produced by Shell. From its own factory, Shell sells oil only to the car manufacturer and to the transmission manufacturer. This transmission is used by 8-speed Audi, BMW, Jaguar, Rover, Jeep. Alfa Romeo, Bentley, Chrysler, Dodge, Maserati, Porsche, Volkswagen and others. Below is a small overview of exactly the same original oil, the price of which is set by the car manufacturer’s logo on the bottle.

Of course, you can also buy non-original oil. So far, however, there is no reliable product on the market that we would recommend. In addition, a completely expensive price (20-30 € / L) for non-original oils that have been dyed as poison green is also asked.

Is it necessary to change the transmission oil and how often it must be done? 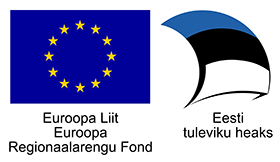